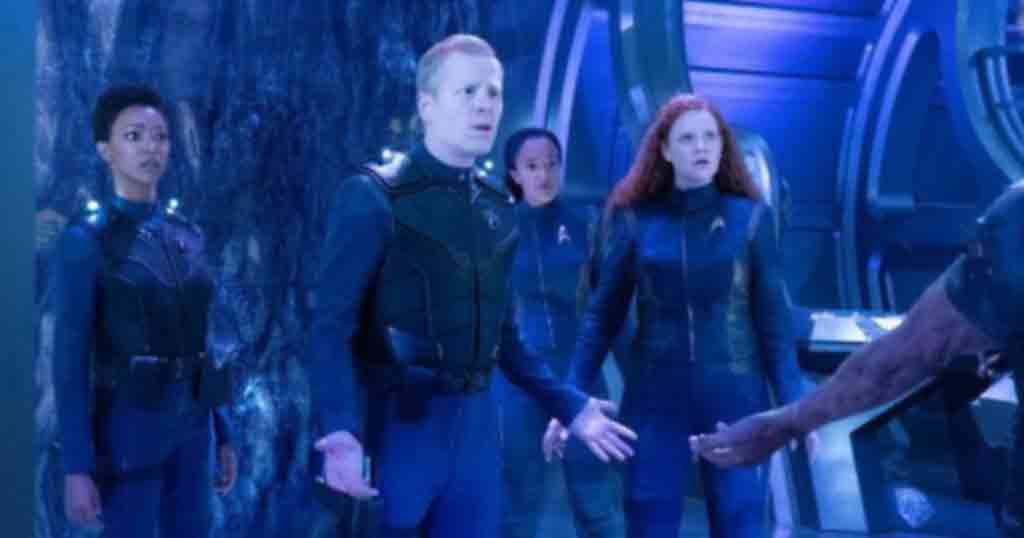 “Star Trek” has always been about family.

At first, family was implied. The relationships between Kirk, McCoy, Spock, Uhura, Chekov, Sulu and Scotty defined an unbreakable unit that transcended shipboard comradery. It led them, at various times, to sacrifice virtually everything for their friends. Then, with “Star Trek: The Next Generation” and “Deep Space Nine,” the introduction of characters such as Wesley Crusher, Alexander Rozhenko, Jake Sisko, Rom, Nog and Molly O’Brien, the association of “Star Trek” and family became grew stronger.

This is one of the reasons that season one of “Star Trek: Discovery” felt “off.” Captain Lorca did little to promote family. He was only interested in fostering, or downright demanding, loyalty and devotion to his mission. We did not get a sense of how all the other characters were bound together. We barely even met many of them or knew their names. Yes, there were isolated connections, such as Stamets and Culber, Burnham and Tyler, but there was no underlying feeling that Discovery was a single, extended family.

With Discovery under the temporary command of Captain Christopher Pike (Anson Mount), season two is finally beginning to bring out that element of family. Even if the show can be heavy handed about driving the point home.

In “Saints of Imperfection,” written by Kristen Beyer and directed by David Barrett, virtually every action is predicated on feelings of connection. Burnham and Stamets (Sonequa Martin-Green and Anthony Rapp) know they must try to rescue Tilly (Mary Wiseman), even if the risk is high. Tilly’s connection to “May” (Bahia Watson) binds her to the promise to not only slay the monster that threatens the JahSepp, but to “pinky swear” she will find a way to reach May again someday. Even Section 31 operatives Leland and Philippa Georgiou (Alan Van Sprang and MIchelle Yeoh) give indications that they would sacrifice something for the greater good.

But the strongest way this sense of family is brought home is not the struggle to return Culber (Wison Cruz) to “normal space,” as powerful as that is, but the sacrifice Discovery herself appears to be willing to make in order to save Ensign Sylvia Tilly. The ship and her crew will literally be digested alive if the decision is made to enter the mycelial network. Pike ponders the risk. Then he, Stamets and Burnham encapsulate all that being a “Star Trek” family means in these three lines:

Pike:
From what I know of that young woman, she’d put her life on the line for any one of us.

Stamets:
That she would, sir.

Burnham:
In a heartbeat.

Pike goes on to address the crew, speaking of the promise of Starfleet. But it is almost a mute point. The connection between Tilly and the rest of the crew is already made. It is the key.

Of course, we are also reminded that family is complicated. While Burnham is pleased to see Ash Tyler (Shazad Latif) aboard Discovery, there is major distrust by Captain Pike of the Klingon Torchbearer who now works as a Section 31 agent. And Tyler has yet to confront one of his darkest moments, facing the man he murdered — Dr. Hugh Culber.

Emperor Georgiou is also problematic to the concept of family. She is literally not from this universe and often exhibits, at the most, mild amusement over the creatures in our galaxy. But there is that spark, that underlying urge to protect Burnham, and, by extension, Discovery that makes a part of us want to believe she is family, too.

There is also a danger in showing how the crew is connected. And that is our reaction to the appearance of an outsider. In the previous episode, “An Obol for Charon,” Engineer Jett Reno (Tig Notaro) figured prominently. She was there when Tilly went through her torment. She even eventually worked with Stamets on solutions. But now, she is nowhere to be seen. Perhaps she left the ship for another assignment, but her obvious absence rings of someone who said “Wow. That’s a tough break. Good thing it’s not my problem. Later!”

The creative team behind “Star Trek: Discovery” has done a good job so far of reversing the damage Lorca inflicted on Discovery’s crew. My only request is that they begin to back off a bit on having the characters say that they are family and use the overall story to simply show it. It’s how we grew to love the TOS family, and it can work here, too.

Next episode: The Sounds of Thunder

Pike demonstrates that he is no fool. We witness Burnham’s understandable reactions upon seeing Georgiou, and then Tyler. Some scripts would have that as more of a moment for us, the audience. However, Pike tells the Commander that he made note of both of her reactions and that he knows she is keeping something from her Captain.

We also avoided a predictable set up to prolonged confrontation between Leland and Pike when Admiral Cornwell (Jayne Brook) tells them “Come on, fellas, cut the manlier-than-thou bullshit.” To their credit, they appear to do exactly that.

How do you portray the concept of being half-in and half-out of the mycelial network? Hats off to the effects team for giving a visual voice to the concept.

Tyler’s use of a badge-based communicator did somehow feel appropriate. Section 31 is not very open to sharing secrets. I think they might even find it amusing that Starleet needs to work though handheld communicators, and even ones worn on the wrist (“Star Trek: The Motion Picture”) before they figure out how to put the tech in a badge.

My wife, Bonnie, pointed out that Burnham’s first encounter with Tyler in this episode takes place in the mess hall, which is the same place they first met in season one.